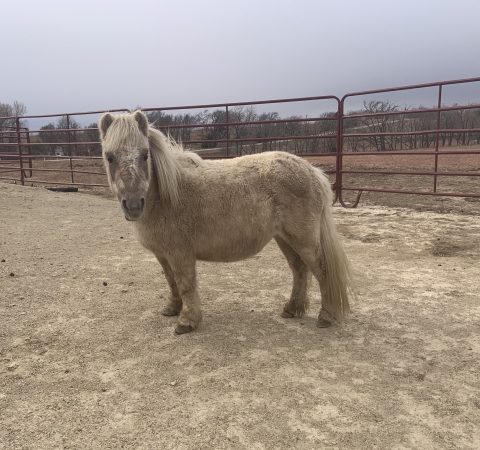 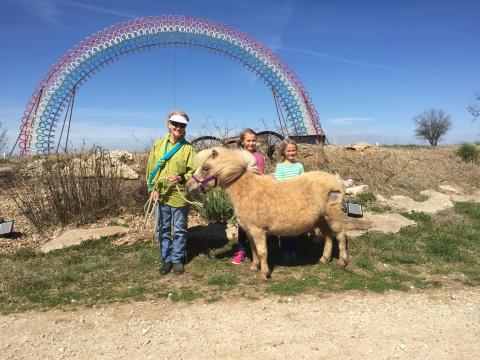 Delilah came to Rainbow Meadows as one of the "Lucky 19+4." The "Lucky 19+4" included 19 horses, donkeys, miniature mules and miniature horses (four of which were pregnant) that were seized on March 13, 2008 along with llamas, dogs, sheep, goats, cats, cattle, turkeys, chickens and prairie dogs in one of Kansas's largest cases of animal cruelty. Upon seizure, the horses and donkeys were placed at Rainbow Meadows, where they received the necessary care to bring them back to health. After being granted ownership of the equids, Rainbow Meadows completed their rehab, attended the births of four healthy foals and when the time was right declared them available for adoption.

Delilah has enjoyed two adoptive homes but life circumstances have developed requiring her adopters to have to return her to the Rescue.

She is saddle trained and broke to drive.